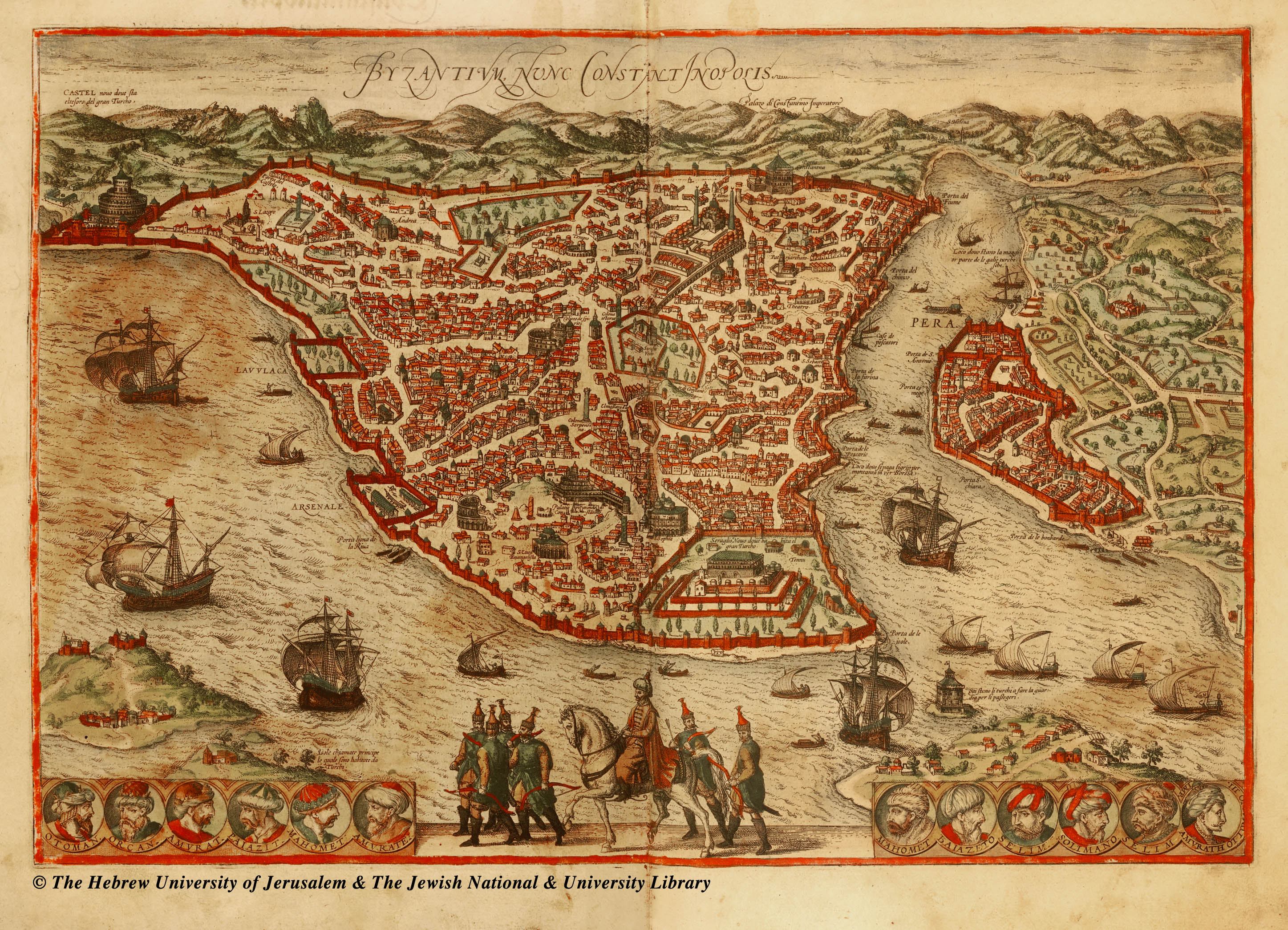 With this significance, Braun and Hogenberg included a Constantinople visualization “Byzantium nunc Constantinopolis” (approximate translation: “Byzantium, now called Constantinople”) in the first edition of Civitates Orbis Terrarum.[1] According to James P. Krokar, Braun and Hogenberg likely wished for the map to serve as anti-Ottoman propaganda.[2] The view’s architectural features and artistic perspective are discussed in several academic journals. Its features are sometimes accredited to Vavassore’s view of the city, published in 1530,[3] which was based on a now-lost view by Italian painter Giovanni Bellini, completed in 1480.[4] Writer Julian M. Stargardt, on the other hand, argues that “Byzantium nunc Constantinopolis” is incorrectly attributed to Vavassore’s view. He substantiates his argument by explaining that unlike Braun and Hogenberg, Vavassore did not show architectural remnants of the Holy Roman Empire.[5] In “Constructing Melchior Lorichs’s Panorama of Constantinople,” Braun and Hogenberg’s birds-eye perspective is not deemed the most credible in accurately depicting the city, citing general cartographic trends of maps in that perspective, without mention of the author’s alleged anti-Ottoman sentiment.[6] As Ottoman, Constantinople, and cartographic historiographies evolve, Braun and Hogenberg’s city-view is a source with which scholars reason.