A malleable 3D mapping system for pre-modern maps and views

The Book of Fortresses 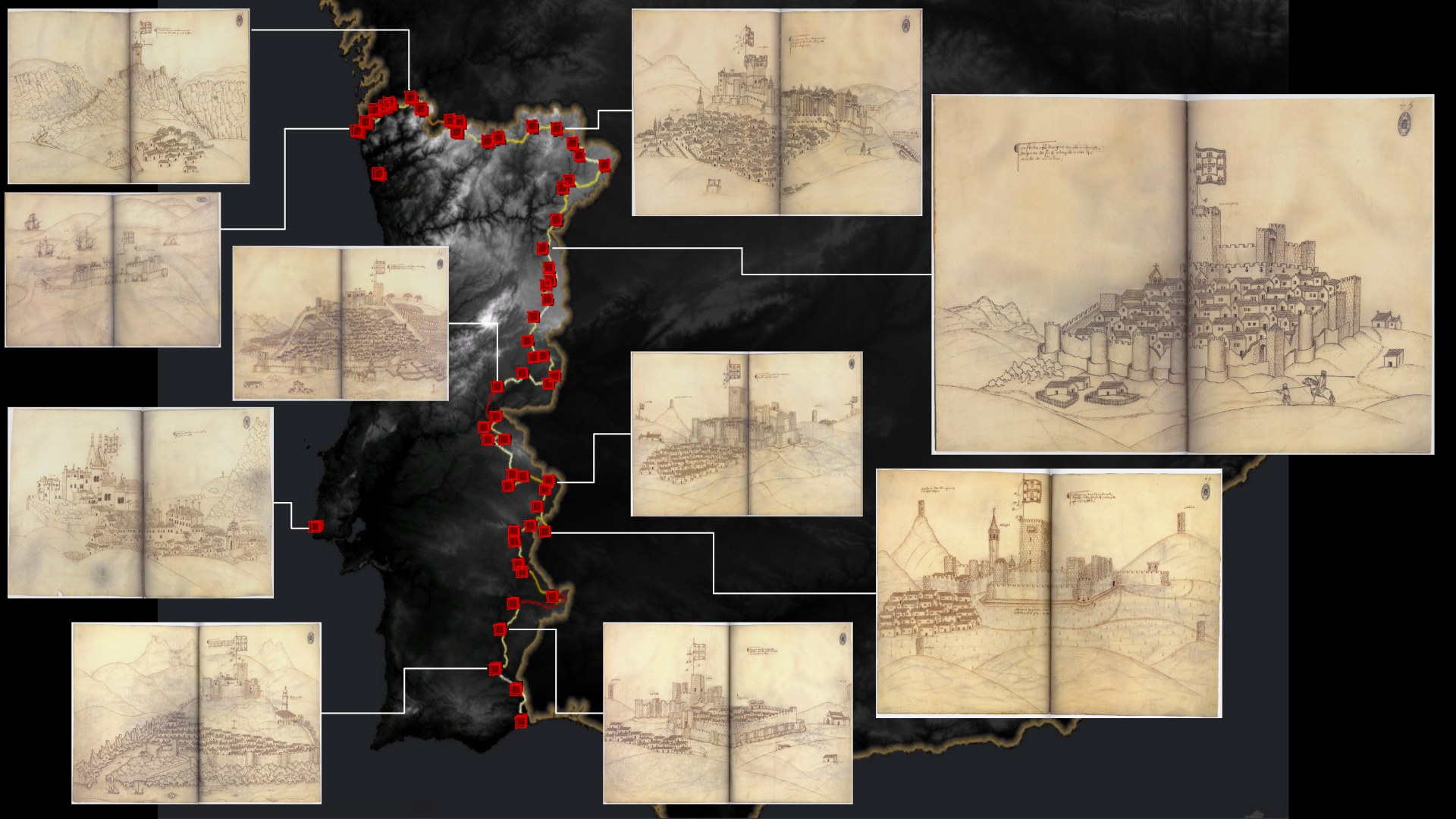 The Book of Fortresses project is an ongoing digital project that began in 2017 with assistance from Duke University's Undergraduate Research Support (URS) office and the Wired! Lab for Digital Art History and Visual Culture. This project, led by Edward Triplett was the initial inspiration for the application to the NEH's Office of Digital Humanities (ODH) to develop the Sandcastle Workflow via a Phase II grant. Thus far, roughly 1/2 of the 120 perspective drawings in this Portuguese book from 1509 have been annotated and turned into categorized Json data that can be ingested into a procedural modeling software called Houdini. For more information about this source and digital project, and to view a 3D GIS system that has aimed to deconstruct and analyze the book at multiple spatial scales, see www.bookoffortresses.org. 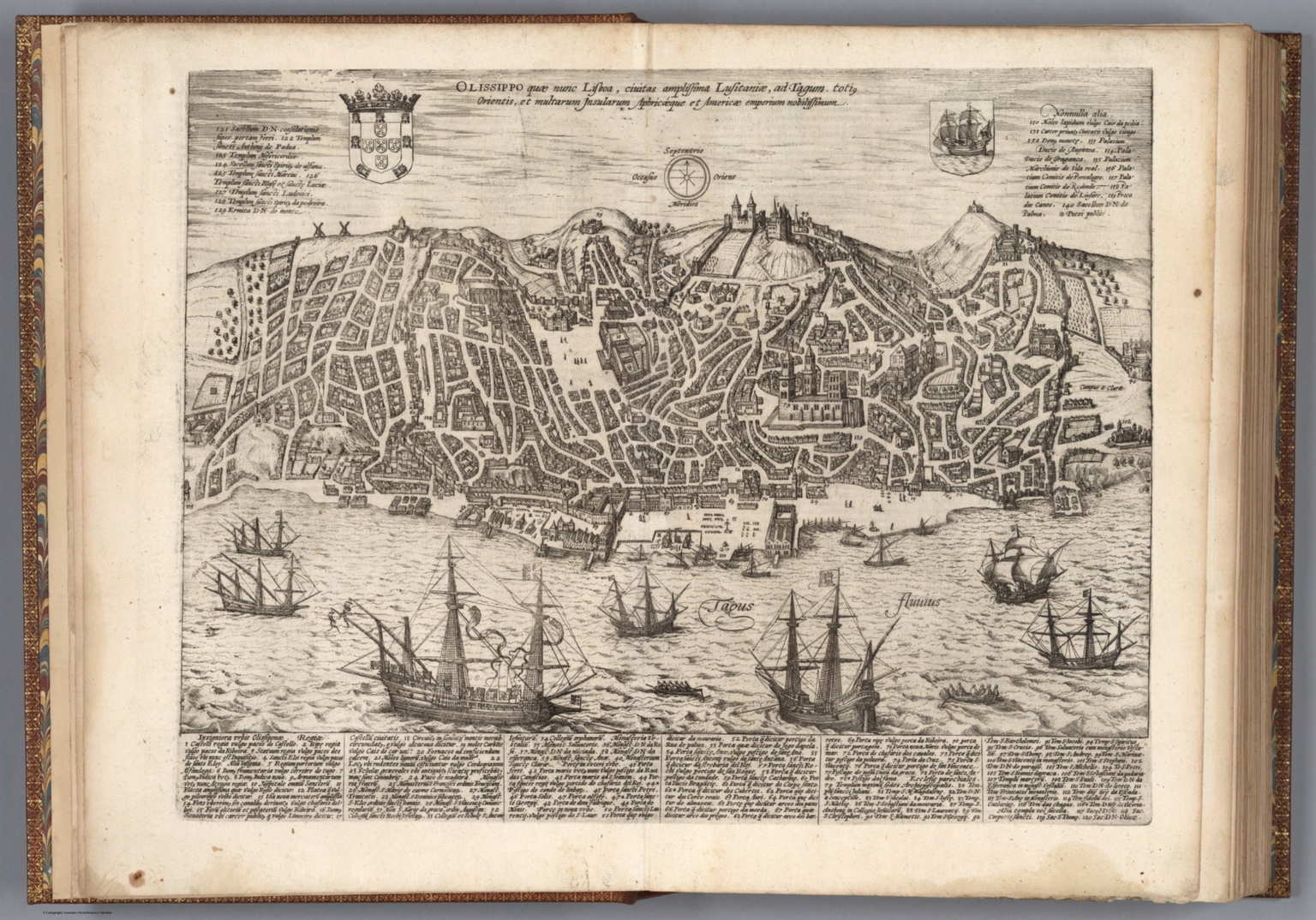 In summer 2020, A small team of undergraduates, including David Mellgard, Emma Rand,  Mohammad Khatami, and Arjun Rao worked on in-depth visual annotation of the 17th century views of London and Lisbon included above. This project was funded by the Data+ program at Duke University, and was directed by Samuel Horewood. Within these two images, the students labeled more than 8000 objects and object parts using the Supervisely web application. These images, and the data derived from them will act as tests for the Sandcastle Workflow at the high end of the spectrum of map / view complexity.

The screenshots below represent the first two stages of the Sandcastle workflow that are currently under development, including the map annotations in Supervisely, experiments with procedural terrain modeling and polygonal object creation in Houdini, and "mapography" research on the sources. 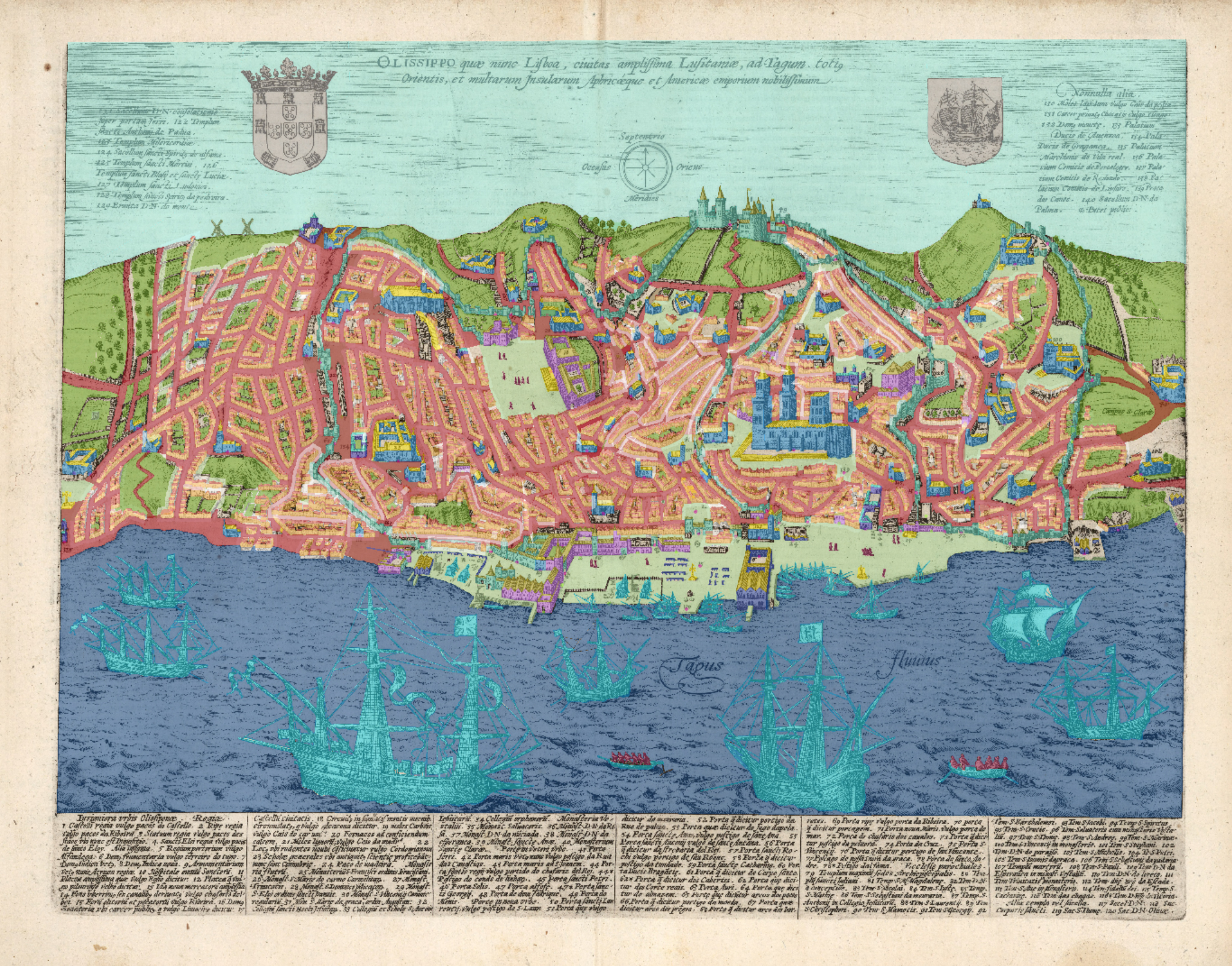 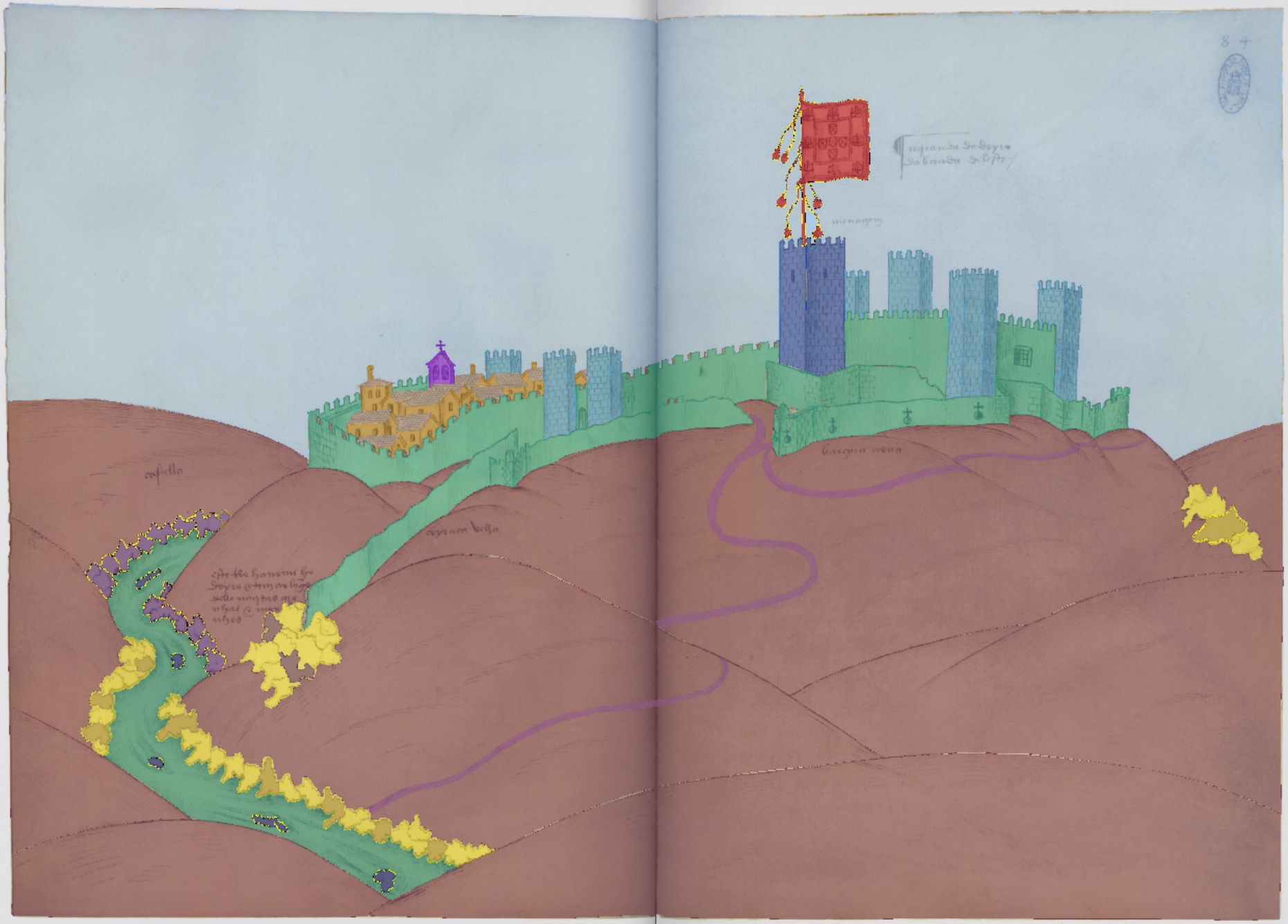 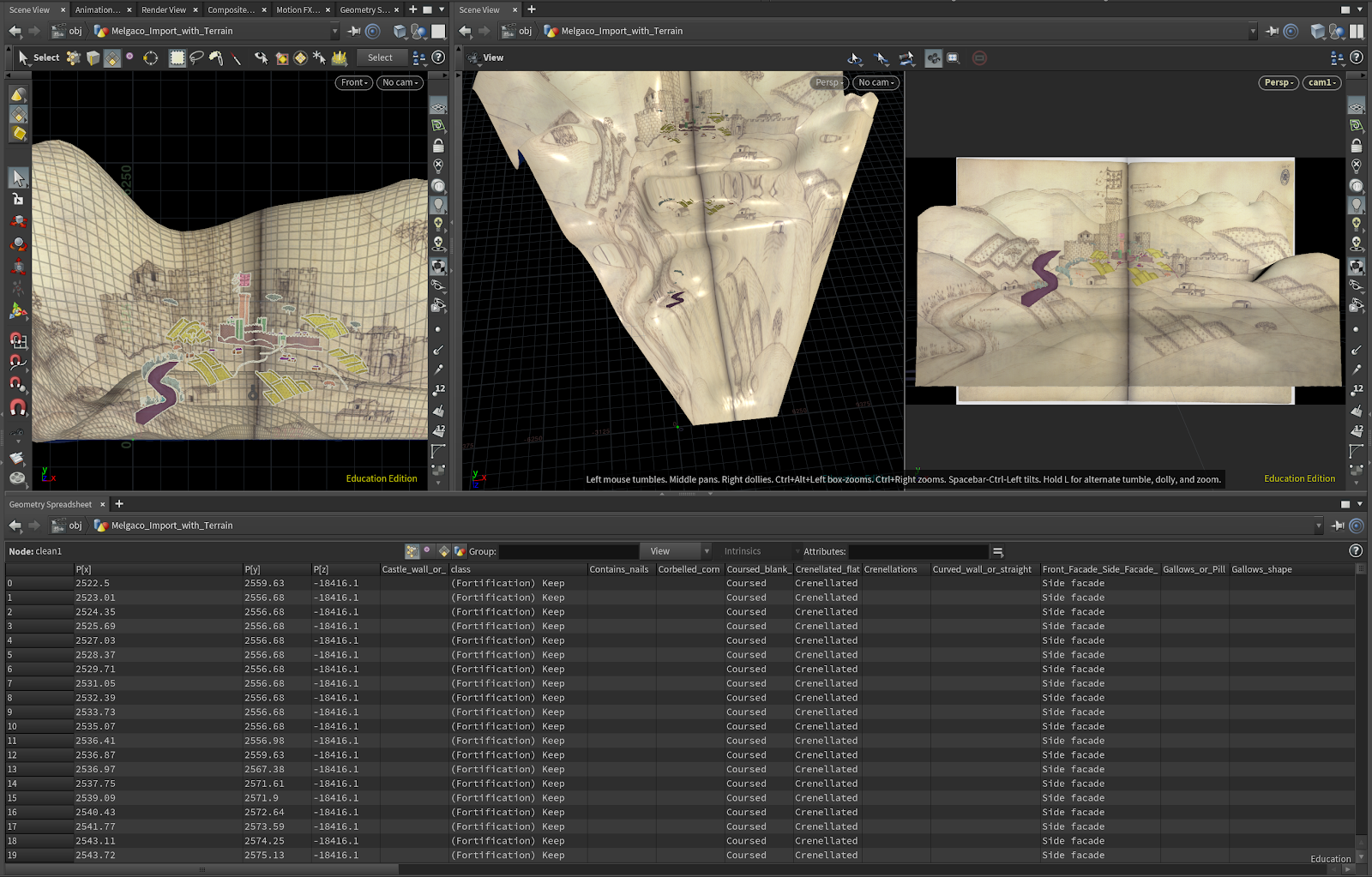